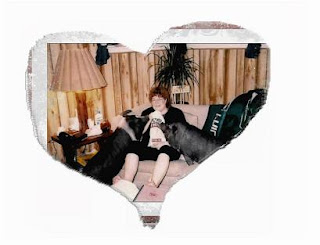 ﻿
Stories come and stories go about the very sad situation in the Potbellied pig sanctuaries and all the wonderful people out there doing potbellied pig rescues all over the world..
It is my contention that nobody ever really realizes there is another very sad side to the rescue story, and that is the house pigs that already are in good loving homes and are being kicked out to die or be killed or to live the rest of their lives in a sanctuary after being a couch potato for 6 ,or 7 years. Just because a neighbor hates a neighbor. In most cases it never has anything to do with the Potbellied pig. Stories done by over zealous news paper and TV reporters about the sad situation in sanctuaries does help the sanctuary side of the rescue, but they really hurt the silent side very bad when a municipality looks at them they say ,"Look see what did we tell you "?
There was a study done years ago by the Ohio State University that showed:

34% of pigs in sanctuaries were there because of zoning problems.
So please use good judgement when you are asked to do a interview about your sanctuary ,or your rescue group, and let the news paper or TV know about the silent rescue side of the story also.
Potbellied pigs are not the companion pet for everyone, but for those of us that have them they are the greatest pets in the entire world, and we wouldn’t ever give them up for all the money in the world.
One Pig person alone has paid as high as $40,000.00 to keep her pet pigs and had to move anyway. Many others have relocated because of their companion pigs. The fight goes on all over this country every day to be able to keep a potbellied pig as a companion pet. I have 7 cases at this very moment. from Washington State to New Hampshire. So please choose your words carefully as not to harm the pigs already in homes. Fla and other states like Texas and California are hot spots because of the bad problems they have with back yard breeders.
It is getting harder and harder to win zoning cases because a lot of places are now trying to lump the Potbellied pig under the Exotics laws instead of the pet laws already on the books. Because of all the problems with Exotics not just cities but entire states are banning Exotics so be very careful about this. The sanctuaries could end up with a lot more pet pigs than they will ever be able to handle and there will be no place the Potbellied pig will be safe in the home.
I don't mean to get on my soap box but I just wanted to let you know that there is another side of the rescue problem and it involves not just the pig that was sited but in most cases the hundreds that are in the very community that is trying to ban them. In Philadelphia, Pa. there were hundreds of Potbellied pigs involved in that zoning case. These are the pigs that the families will need to hide if the zoning doesn't pass.
Thankfully they are allowed to have a pig in Philadelphia PA. now if they go to city council first to get permission and the ones already there are grand fathered in. The people that fought that battle paid over $14,000.00 in attorney fees. Thanks to all these very brave heros that fight for their pigs we all can rest easier because they paved the way.
I think that the Potbellied pig community thinks that the zoning cases only involve the Pig that was sited. NOT! It also involves all the pet pigs that reside in that community. So if we save a home for one we are also saving a home for all the resident pigs and for future pigs that need a good home.
Thanks for listening I know you will all do a great job, but sometimes the reporter likes the sensationalism of the story and they go over board and are one sided so be very careful to stress that there are lots of good people that have these wonderful guys as companion pets and wouldn't change a thing about them even the size.
Rebecca DiNolfi
zoning consultant
http://www.petpigzone.com/
Posted by My Lady Rebecca at 11:14 AM