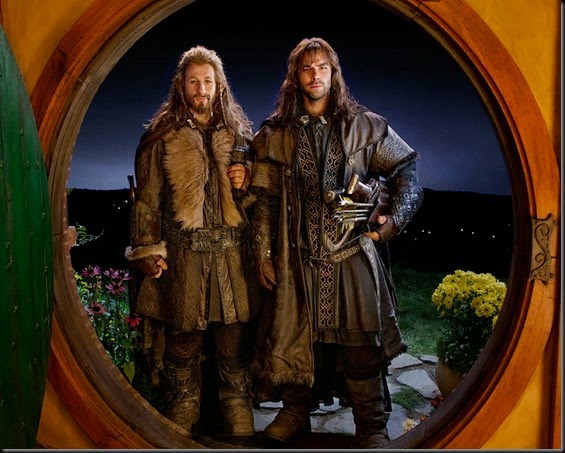 Me staring back was your very first sight,
When you opened your eyes that night.
You learned to crawl as I learned to walk,
You learned to eat as I learned to talk.
Your very first word was my own name,
The best of friends is what we became.
Thorin gave us wood shields and swords,
He told us stories of dragons and hoards,
We dreamt of adventure, we played pretend,
If I was an orc, your play bow you’d bend,
If you were an orc, I’d slash my sword,
We were together, we were never bored.
We’d spin long tales of glory and gold,
We talked of what we’d do when old,
We talked of treasure, of battles we’d fight,
We talked of fame, of strength, of might,
We soon were men, though quite young,
Still we dreamt, when songs were sung,
Of winning the war, of quenched dragon fire,
And when we journeyed out to the Shire,
We followed our leader, our captain, our king.
We went merry, many a song we’d sing,
We raced our ponies, we gazed at stars,
We escaped together, from Thranduil’s bars.
I worried over you, but we had best of fun,
Sometimes we rode, sometimes we’d run,
We always sang, told tales of treasure,
We braided hair, our beards we’d measure,
We grew more solemn as the dragon drew near,
But we grew not afraid, we did not feel fear,
Thorin was our leader, and Bilbo had a ring,
We were Durin’s sons, we did not fear a thing.
But when Thorin descended to madness,
And I saw in your eyes pain and sadness,
When innumerable ranks, we charged,
When through shield and spear we barged,
When the sword smote through my breast,
When the lance struck through your chest,
When bleeding I fell into the cold dark mud,
Tried to scream but what came was only blood,
You stumbled towards me but could not stand,
You crawled to me, I reached for your hand,
We cried together and thought sadly of old,
We had thought battles were all glory and gold,
You shuddered and asked if you were dying,
I said no, though we both knew I was lying,
I said you should sleep, I’ll sing you a song,
I sang to you of far away caves, of rivers long,
I sang to you of mother, of laughter and love,
I sang to you of the Arkenstone stars above.
Blood poured from my mouth as I whispered to you,
Your beautiful face began to take a grey hue,
We held each other, you whispered good bye,
I remembered when you said you’d never die.
Your eyes fluttered closed, you breathed your last,
I told you I loved you, remembered days long past,
We were children who didn’t know fear,
I closed my eyes and drew you near,
And then in the bloodied evening grey,
I dropped your hand and slipped away. 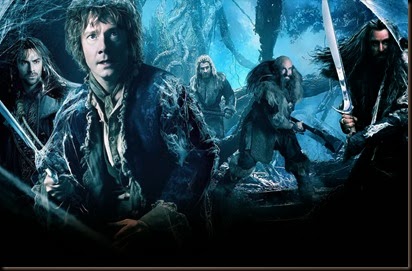 The Battle of the Pelennor

In front of the City
The orcs show no pity.
While women are weeping
In death, men are sleeping.

The battle was almost lost:
Great was the orcs’ grim cost.
When horns commenced to ring,
And the Horse-lords began to sing.

Forward they charged and fast,
And though their army was not vast,
They slew the Enemy and sang
As sword on shield began to clang.

Yet it was going very ill:
Men of Harad came to kill.
The King fought well, but soon was slain
Upon that blood-red, grassy plain.

But upon the dawn of newborn day,
When sun in her lonely rest still lay,
There came upon the blood-stained river
The Dead that caused all men to shiver.

Wielding shining swords they ran,
As seasoned warriors only can.
Dismayed, the orcs threw down their shields,
Ending the Battle of the Pelennor Fields.