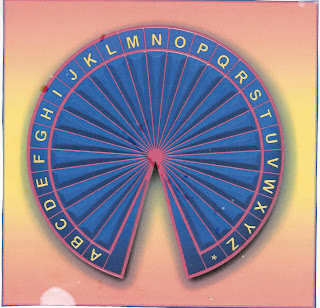 A BRIEF HISTORY OF DOWSING
By Don Nolan
Cave drawings were found in Spain dating back to the cro-magnum era or 40-50,000 years ago showing dowsing being used at that time. Some cave drawings were also found in Iraq depicting dowsing, some 8,000 years old. In King Tuts pyramid dowsing tools were found. There are two famous wood cuts showing dowsing being done. One is from China in 2000 BC and the other from England in 1530 showing miners looking for ore deposits.
Queen Elizabeth the 1st, of England, had German miners come to England to teach dowsing to their miners, to enable them to find mines and ore deposits they needed. Around 1630 in France there was a famous murder case of a wine merchant and his wife. The police asked a dowser for help. He tracked the man involved in the case with dowsing tools and helped solve the case. Dowsers during the 15th and 16th century were thought by some to be witches or the devil. This was brought on by churches and Martin Luther who said "that this was the work of the devil". It is known that Martin Luther's father was a miner who may have been a dowser or worked with many miners who were dowsers during this time. Many of the dowsers themselves treated their craft with such superstition and mystery that it is not hard to believe that some would think of them as evil doers. Some of their procedures for doing their work were very strange. Some examples are a stick that was used had to be cut from a certain tree on a particular day from a branch facing a definite direction. It could only be used if it was soaked in salt and could only be used once. The dowser to be successful had to were one sock of a specified color. The dowsers were called water witches. This is because many of them felt that they had to use a branch from the Witch Hazel Tree to succeed in finding water.


Dr. Karl Berg, Arch-Bishop of Salzburg, Austria in a Decree of 1942, said "If a Christian wants to do Gods will and protects himself with prayers when doing radiaesthesic works (dowsing) and use his or her instruments only in a helping way based on love, when examining houses, and finding water, then this work is blessed by the church. This helped take away the devil and witch names the dowsers were called for many years. Dowsing is known by many names through out the world. Some are divination, divining, dowsing and radiesthesia, and geobiological to name a few. Divination and divining is mentioned in the bible many times. The rod, wand or scepter is mentioned, All are tools of divination or dowsing. The word dowser could be a mix of words from different languages. Englands Henry the VIII hired a treasure finder named George Dowser who was successful and the name stuck. Many consider dowsing a sixth sense that was given to early man to survive as a species in a very hostile environment so that he could find water, food and shelter and other things necessary for survival. Dowsing is a normal sensory perception available to birds, fish, animals and man. Salmon use it to find their way back to their birthplace to spawn. The swallows use it to go south or north to return to the Mission Capistrono every year. Bees find their way back to the hive after flying from flower to flower over a distance of 2 miles or more. The monarch butterfly returns to the same tree in Santa Cruz, California from South America, three generations later. Thousands of lost cats and dogs have crossed the country to reunite with their owners. People use this sensory perception all of the time, without words or actions. We sense if we are welcome or unwelcome as we enter a room. Mothers know when a child is in trouble or making trouble. Many of us at numerous times knew who was on the phone before we answered it, or who was at the door before opening it. We all have sensed good or bad feelings about a person or situation and our feeling were proved true. In modern times dowsing is used for hundreds of things other than finding water. The U.S. military had a dowser teach the marines how to find land mines and underground tunnels of the Viet Cong. Vernon Cameron, a dowser, told Navy officials, where all the U.S. and other submarines were located by map dowsing. They would not confirm or deny his findings, but a few years later he was denied a passport because he was considered a security risk. Many countries and corporations hire dowsers to find water, gas, oil minerals and etc. Some of the famous dowsers in history: Leonardo De Vinci, Robert Boyle (father of modern chemistry), Charles Richet (nobel prize winner), Albert Einstein, General Rommel of the German Army, and General Patton (U.S. Army). General Patton had a complete willow tree flown to Morocco so that a dowser could use branches from it to find water to replace the wells the German Army had blown up.
The British army used dowsers on the Falkland Island to remove mines. Some Supporters of Dowsing: The Encyclopedia Britannica The American Academy of Science The Academy of Sciences of Paris. The Canadian Ministry of Agriculture The British Academy of Science. The British Army The Smithsonian Institution. The U.S. Marines The former Soviet Union The Government of the Netherlands


The United Nations Educational, Scientific and Cultural Organization National Aeronautics and Space Administration Many private and public utilities workers throughout the world Well over 300 items are used as dowsing instruments. Many people can use their own body as a tool to dowse. The four most common tools used today are the Y Rod (a forked stick), the L Rod (a rod bent in the shape of the letter L), the Bobber (a long slender tapered stick), and the Pendulum, (a weight that is attached to a string or chain) or variations of all of these.
I hope this information will help to shed some light on this fascinating subject, if you would like to learn more about Dowsing, I would suggest reading "The Divining Hand by Christopher Bird, "The Divining Mind by T. Edward Ross and Richard Wright.
Don Nolan has 15 years experience as a dowser, and is the founder and past president of the Heart of Wisconsin Dowsers. He specializes in Earth Energy work, which is the elimination of harmful noxious energies or geo-pathetic stress. Proficient at locating electro-magnetic and other negative energies that can be detrimental to your health, water sources for wells, ponds and lost or buried items. Don is a consultant, instructor and speaker.
Posted by My Lady Rebecca at 9:13 AM

Email ThisBlogThis!Share to TwitterShare to FacebookShare to Pinterest
Labels: dowsing