Important News from The Pig Zone 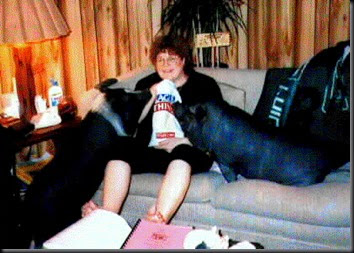 This news is about getting written proof potbellied pigs are legal  before you adopt them out.

Because of all the zoning cases this spring I have felt the urgency lately to post this very important information to all concerned. When you read it hopefully you will see the dire need to do this.

It is quite apparent to me that there is something definitely amiss  in the way some are placing their orphaned and new born pigs.

I have more cases for zoning than I have ever had in the 20  years that I have been doing zoning of the potbellied pig. 25 new active cases just since spring to be exact.

How can this be in this day and age? I asked myself "Why is this happening?"   I finally figured it out the main reason  pigs are going to court. They are being cited because someone didn't get written proof that it is legal to have them in their municipality  before they were sent to their new home.   Either the family called the zoning department and asked the person who answered the phone if they were legal or they or they were never told there was a huge zoning problem for the potbellied pig in the first place . Someone in my opinion is not doing their job correctly and It is starting with the breeders and the adoption networks .

Just receiving a YES answer to the question of "Are potbellied pigs zoned in your area ?' Is not enough proof. You all must start requiring  adoptive pig parents to produce a hard copy of the written animal laws for their town stating this fact in black and white. If you are one of the ones doing this then please Stop taking  any ones word for this very important question. Remember anyone can say yes to this question even someone in  animal control or the zoning dept. It does not make it so. This happens all the time. Even letters from a mayor aren't any good. Yes this has happened..I have 2 cases now where they were told yes by the heads of animal control they were legal and they were not.. Only the actual law in hard copy stating that fact is legal when they have to go to a hearing and if they are legal to have there will be no hearing..They can't be cited in the first place unless the pig does damage or harms someone and that almost never happens..

I understand you all want to place pigs in good, loving homes, but in your haste you are putting the very pigs you care about in harm's way. If someone wants a pig and it is not mentioned in the existing pet laws then we can go in and change that before they take them home..I have helped many people do this very thing. I even worked with the Make -A-Wish Foundation to change the law for a little girl with Leukemia to get a pig in CA many years ago..

Always remember, if the potbellied pig is not mentioned by name in either side of the already existing animal laws they will always be lumped into the livestock side of the law if someone complains. If they were legal to have there in the first place this would never be allowed to happen .

If everyone that wants a pig is made to produce absolute written proof of the law accepting the potbellied pig before they go home there wouldn't be so many families trying to fight this very hard fight. It is getting harder to win these cases because of the relatively new Tea Cup Pig craze and I might say also that the laws are now starting to reflect the 40 pound weight limit. If the law has passed at a 40pound or less limit  they will never change it. I have tried with no success at all.

If everyone was more aggressive about getting a copy of the zoning law that is in place before you adopt a pig out most of these cases wouldn't happen. Just say'n.  I'm just one person guys please help me out here.. send this everywhere..