A Different Kind of Faerie Tale .one and two 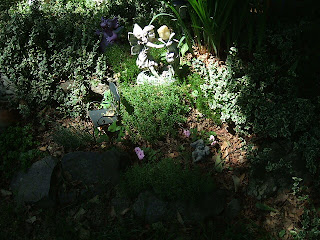 A Different Kind of Faerie Tale
by: Rebecca DiNolfi ©
Most faerie tales begin with, "Once Upon A Time." , but not my faerie tale. It doesn't start   that way because it isn't  from a long time ago. It's from this time and place.  It is my  fairy tale. It began the day I moved into my new home in the Pocono Mountains of Pennsylvania.
It was warm that day in July in 2003 when my two potbellied pigs, Reggie, Pepper and I arrived at our last homely place. I unpacked the SUV and headed to the front door of our home nestled snugly in the enchanted woods. When I opened the door I was greeted with the overwhelming feeling that  this was going to be an amazing new adventure
I set my things  on the floor, because there was nowhere else to put then. Unfortunately I had another month to wait before my furniture would be delivered , so that meant the house was empty except for one small chair left behind by the previous owner. The piggies were snooting around from room to room as I headed for the sliding glass door in the dinning room to let in some fresh air and see what was happening on the deck out back.
As I stepped onto the deck I noticed a wonderful old maple tree A strange feeling crept  over me as I was gazing at this tree. I got the feeling I was not alone. I could not understand why I was feeling this way.


All I knew was that I felt happier at this moment than I had felt in a long time. I felt a sense of peace and overwhelming gratitude to finally be here. It was a very  hard time I had just gone through  to get where I was now after my divorce.
I continued to unpack and settle into my new place. A month had passed and my stuff had arrived.    It was suddenly August and the nights were getting a lot warmer so I was able to keep my doors and windows open for longer periods of time. It was a delightful summer and I could see the changes of the autumn leaves starting to appear here and there in the forest behind my home.   My potbellied pigs and I spent a lot of time there just walking among the wild flowers and trees. Of course they did taste a few flowers here and there.
Whenever I was in the forest I always had a strange feeling of being watched, but I could not tell where this was coming from.  This feeling was something I never experienced before. It was a little unnerving but not  scary. Somehow this actually made me feel protected. As time went on this feeling of being watched got stronger. Then one day like magic I discovered where it was coming from, it was coming from my old maple tree.
Since I am a professional dowser I decided to use my pendulum, and A.B.C. chart, to locate where the strange feeling was coming from. My pendulum told me it was the maple tree. I also found out that day that I was able to use my pendulum to talk to animals and my trees any time I wanted to. This was the beginning of something amazing. My tree told me his name was" Old Man" and he was my guardian. Then he gave me a special name, It was ,"My Lady Rebecca Fire Elf Shimmer." He even told the forest creatures, and now they call me My Lady Rebecca.


I knew that day I was living in a magical place and I was blessed to have been sent here by my Angels and higher Being Strange things started to happen after that day with Old Man..
Time was moving fast my first summer here. One hot summer morning I was working on a zoning case and I glanced out the window of my office. I noticed my neighbor's cat Peanut playing with something in his yard. I realized he had a chipmunk and was tossing it in the air. I grabbed my garden gloves and rushed out the front door. Peanut saw me and took off. I ran to  the little chipmunk lying motionless on the ground and picked it up. I cupped it in my hands and  immediately began sending Reiki. I am a Reiki Grand Master ,and it is just natural for me to do this. It seemed like forever, but he finally opened his eyes and looked at me.  I could see the blood running down his tiny cheek. He was scared to death. All of a sudden he jumped out of my hands and scampered away. I said good bye and went back to finish my zoning case. A few weeks later I was by my feeders and I noticed a chipmunk with scars on his face. I asked him if he was the same chipmunk  that the cat had hurt, and  he told me yes and introduced himself as Odie.
From that day on Odie and I became the best of friends. I  saw him in my home one day looking out the sliding glass door at his friends on the deck to let them know he was special. He left me many presents of seed and peanuts in my home that summer and many summers to follow.  Odie has passed into spirit now but he will always be very special to me as he was the first animal I had ever communicated with. I even befriended a mole named Moe who would allow me to pet his back while he ate seed from under the fallen leaves.


Summer had suddenly turned  into Fall and the trees were dressed in every color you could imagine. There was a golden glow coming from my enchanted forest.  It was beautiful. I loved talking to my trees and animals all summer. It was an amazing experience to feel the closeness I felt to these creatures.
Then one morning in mid September, I received a phone call from my psychic friend Nancy. we talked a while , then she said " Becky, do you know that you are living on a port hole?"
" No " I said but I wouldn't be surprised." I proceeded to tell her everything that had been happening here since the day I arrived. She also told me there was a tribe of 27 forest faeries residing here with me and my 2 pigs. I was really excited to know that.  I have always believed in the Fey. " Nancy. " I said , " This explains so much."
After we said good bye, I used my pendulum to ask my faerie Queen her name.  I connected immediately and she told me her name was Noni  she said she has been here forever. Noni also told me how happy they all were that I moved here and that they were here to take care of me ,then she began to explain  how upset they were with me for putting my lawn tractor on the grass by the shed, because it had killed the grass.      I explained to her  that this was the only place I could put it and she told me that I should have put it on the shale drive way.
I apologized to her for doing this and told her that as long as the grass was already dead there I was going to leave it there and we agreed.
I was amazed about the faeries  and never told anyone that I was talking to them or  the trees and animals. I  guess I was still skeptical , but that disappeared the day some faeries were seen dancing in my hair.  This actually happened the next summer at Sacred Spaces , a healing zone and Angel gift shop I frequented for classes. That day i was with two of my friends , Nora and Patty  watching out the window  at an Eagle soaring over the brook out back of the shop. All of a sudden Patty started to laugh and turned to Nora and me as she proceeded to tell us that  she could not see anything at all because of all the Fairies that were in my hair dancing around. Nora looked at her and said that she was not surprised at all by this. Well needless to say I was ,and still am to this very day.
From that day forward I was known to my friends as the Fairy Lady, and because of my faeries  I have been able to work with the local children that summer at summer camp making faerie gardens in the public parks around where I live.
I have seen my fairies at 3:00 am in the trees in my front yard and I have faerie gardens of my own all around my home for my friends to enjoy, but I have left a special place that is still wild for them to romp in as they do very much like wild things.
I now drive an SUV that has fairies on it and a sign across the front that tells it all. “Don’t Piss Off the Fairies”, is a statement they make because they are not  happy with what we have done to Mother Earth of late. This is the very reason they have disappeared from our site. They will only appear to the special children and adults that take them serious, and help keep Mother Earth free from harm
I also invoke the faeries when I am performing my Drumming Circles to help heal Mother Earth, and I know they are with me everywhere I go to protect me because I have become one of them in spirit. I am a Fairy ambassador and activist that keeps a very special place in my heart for the wee folk as they were here way before we humans ever stepped onto this planet.
The message I want to convey to you is this; Faeries are real and they will be showing themselves to more and more people as time passes. So they ask that you not only keep your eyes open you have to keep your heart open to feel the love they have for the earth and everything on it. So you need to learn not only how to look, but where to look. Most of all you need to believe with all your heart and soul.
Become like little children again. Be like we were before we were told that it was not OK to be that way anymore. I feel that the hardest part of becoming an adult was leaving our inner child behind and all alone. I for one have found my inner child again since I came here to this special place in the enchanted woods and she is now free to be who she was meant to be, You see I am her and she is me.
I am not afraid to tell my faerie tale  just because of what someone might think of me. I am so far past that. Yes I am  an outrageous older woman who in my golden years has been cut free to be the me she was suppose to be and I owe it all to my pigs and my Old Man tree , my forest creatures and especially my faeries who  showed me it’s  really OK to be me. Yes faeries are real  to those of us who believe, and I really do  believe in faeries with all my heart. Maybe you should too. It is amazing to finally become who I was meant to be, and live my life happily ever after.
THE END
Well not really ! 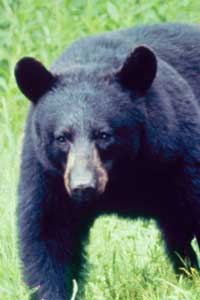 Email ThisBlogThis!Share to TwitterShare to FacebookShare to Pinterest
Labels: My writing class